A place for my thoughts

“It takes courage to grow up and turn out to be who you really are.”   e. e. Cummings 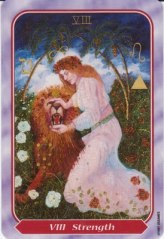 The moment  I read this quote a part of me thought  “No.  I can’t write about courage.  I don’t have it in me.”  That’s how my  mind works against me.  I almost bought into it but caught myself.  I am going to write about it because I have fought hard to attain the courage to do this.

Albert Einstein’s definition of insanity is “doing the same thing over and over again and expecting different results.”

My last active insanity session came during a time in my life when I couldn’t cope with the reality of a situation over which I felt I had no control.  I thought it would go away and when it didn’t I went into denial and then into dis-ease.  It was like a living nightmare.  In dis-ease I become another person; dark and depressed.  I came to every morning and went to work; grimly facing the day with a pair of dark glasses and constant anxiety.  Towards the end I had to have a drink before I got to work.  At the end I drove almost 20 miles in a blackout on the wrong side of a two lane road with two police cars following me.  I didn’t see them.  It is said there are three ends for an alcoholic:  jail, institutions or death.  That final spiral downwards, and I don’t use the word final loosely, took me to places I never want to visit again and it’s only by G.O.D.’s grace I haven’t died.

When I came out of my fog I had several years of guilt, anger, fear, anxiety and shame to run through the shredder.  I was overwhelmed by my emotions.  Thank G.O.D. that my friends were there for me. I couldn’t have done it without their encouragement, love and (sometimes not so) gentle pushes.  Once on the road to freedom I had to learn to live with myself.  I had to forgive myself and all those “others”.  I had to learn to love myself and I had to learn how to love/live life as a responsible adult.  That was a big mouthful to swallow but the work I did, and still do, has rewarded me.

In the beginning I was terribly uncomfortable when I had to go “out in the world”.   I was very unsure of myself and my self-esteem was at rock bottom.  I had embarrassed myself beyond beyond.  I thought that everyone in town was talking about me and it made me crazy.  I couldn’t do what I wanted to do to alleviate the pain and thus the work, the research, the prayer and meditation began in earnest. Slowly it became easier  and my anxieties calmed down.  I realized that what other people thought of me was none of my business.  I found myself having the courage to go places, like the local market and post office, where I would inevitably run into someone looking at me as a juicy bit of gossip.  I found the courage to look back, smile and say “I couldn’t be better” when asked (and yes, many times, asked in a condescending manner) how I was.  My family saw changes and welcomed me “back”.   The guilt and shame slowly left.  I began to recognize my assets while removing the liabilities.  Today I have the courage to express my feeling and emotions, views and thoughts and can get usually get them up and out before they tear me up. I still have problems holding on sometimes.  I have the courage to post these blogs.  This is one of the more courageous thing I’ve ever done, and I do it with hopes it helps someone else at some time.  For some reason, it helps me.  It feels damn good having the courage to just be.

Alcoholism, Astrology of Me and Some Tarot Too, Growth, Life